an audio/theatre drama for Samuel Beckett 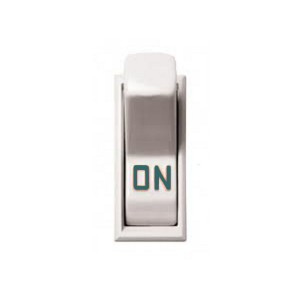 with Antonello Cassinotti and Giada Balestrini

I mention it because the sound is so strange, so unlike the sound of the sea, that if you didn’t see what it was you wouldn’t know what it was.
(from Ashes, S. Beckett)

White World is a dreamland, a mental image, a place that doesn’t exist, a condition that H, Samuel Beckett’s Ashes protagonist, is longing for. A World of acoustic rest, a muffling of the soul, something like a bright silence or a white noise.

On a white carpet, under an algid light, a man arranges the stage and the sounds of a radiophonic piéce: objects, microphones, a surface covered with white stones to recreate a beach … a woman. The accurate sequence of his actions, and the set itself, represent his mental sound space: an acoustic place shaped by live-recordings, which are marked by turning the microphone on and off and by their rework. Different levels of reality and manipulation overlap: noises are played as instruments and
help to increase the drama of the show, the actors perform in a virtual sound space that they had create, the sound engineer is an offstage actor who interacts with the characters.

When the scene is set and the needed sounds are processed and catalogued, the light goes out, denying the public to see what’s going on, and the audio-drama begins. The poetical and musical values of the spoken word, the voices physicality and the soundscape work together in order to create a pure-sound composition. The listening experience becomes a theatre of the mind, where imagination and memories
of what the viewer has seen and heard during the first movement intertwine.
Then light returns slowly to draw the scene deprived of the actors’ bodies, where the Absence allows pure voice to express itself: incorporeity and invisibility in the flow of words.